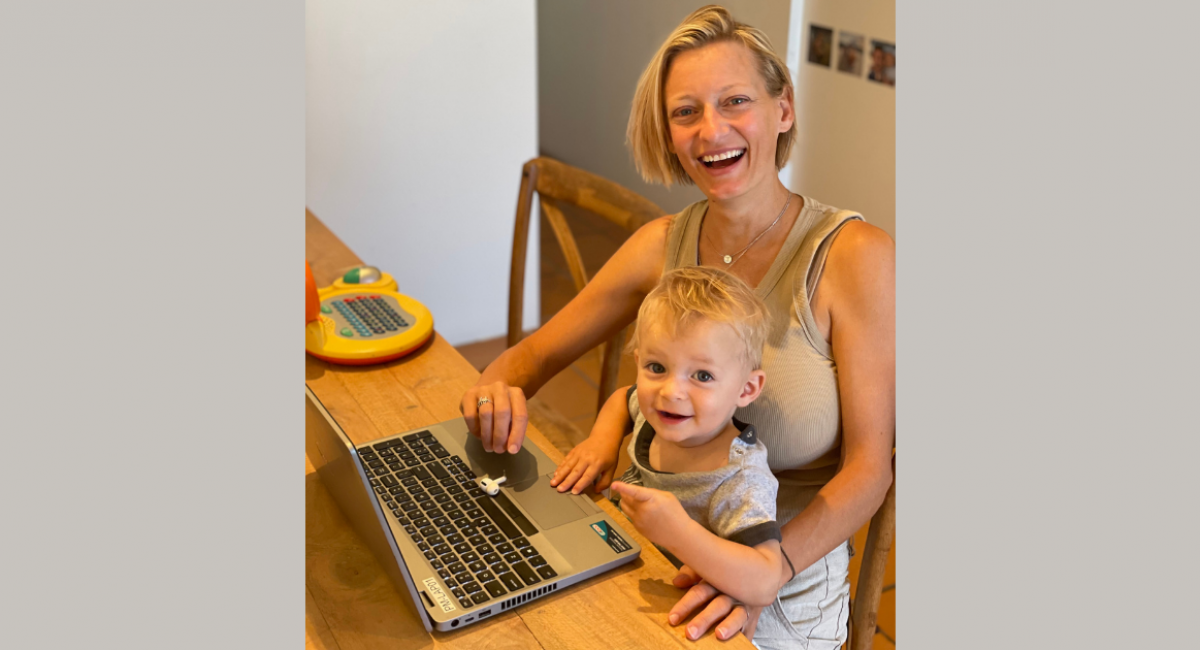 Working from home with a toddler

Written by Karla Costello on 8 February 2022

Yes, I was told I had to visit multiple day care centres and put my unborn child’s ‘name’ on the wait lists. Yes, I was told to call regularly to remind them that my forthcoming child would like to attend their facility in 12+ months’ time.

The thing is, I decided the people who told me this likely had their nursery ready at four-weeks gestation. As someone who’s nursery didn’t materialise until Jack was five months old, it’s not surprising I didn’t follow their advice.

Around the same time we got a nursery, I dutifully visited day care centres and joined the wait lists… then that’s what I did, I waited. Apparently, that was my mistake.

Turns out you really do have to regularly call these places, presumably to be so annoying that they eventually relent and give you a spot just to get some peace.

So, when Promedia needed more hands on deck when Jack was nearing one, I wanted to help out but I had a big problem – I hadn’t been a serial day care annoyer. And that’s how I found myself working from home with a toddler who’d started to ‘toddle’ at 10 months, in an 80sqm top floor apartment with more treasured plants than Costa Georgiadis’ garden.

Here’s what I learned:

Many babies wake early – mine is one of them. The trick is to wake even earlier. This can be harder than it sounds because some mornings ‘sleeping beauty’ may laze around until 6am and the next day bounce up at 4.30am.  So, try to come to terms with a very early wake-up time and stick to it.  Sometimes you might get an hour to yourself; sometimes only five minutes. Regardless, that time is invaluable and can be the difference between a good day and bad one.

At first, I wasn’t very open about the fact I would be constantly working with a toddler at my feet/on my lap/biting my leg/raiding the bathroom cupboard. But I quickly learnt that there was no hiding it and found that once I was open about it, everything was easier.

People are more accommodating than I had thought they’d be, from all levels of management and, in fact, my incredible clients even encouraged me to bring Jack along to our catch-ups.

There were times when I’d get off a Zoom meeting, where I’d fought to be heard over a whining child (who I also had to wrestle away from hitting the ‘end call’ button), and think, ‘well, that was a disaster. I’ll get an email to tell me not to bother next time if Jack is with me’. Instead, I received emails of praise and encouragement for the job I was doing.

While my hours were technically three days a week from 8.30pm – 5pm, I was able to tweak these on the fly thanks to a very understanding boss. I was trusted to be my own time keeper and get the work done whenever I could fit it in.  I found working while Jack was sleeping to be the most productive, so while I was available on phone and email during my workdays, I could save my writing tasks for more opportune times.

This was a big learning curve but it’s the most important lesson I learned.  In the initial weeks, I battled every day as I tried to be ‘at my desk’ while Jack was awake.  Things went downhill. I couldn’t work out what had happened to my usually relaxed and happy baby. He’d become sooky, unruly and aggressive. He’d started biting and hitting me and when it was time for a nap, he fought me tooth and nail. I’d get to the end of the day and, despite how hard I’d tried to accomplish tasks, I’d have gotten nothing done. He’d had a bad day; I’d had a bad day; and I’d still have to sit down at 9pm to work.

One day I was talking to Promedia Principal Account Manager, Tanya Waite, over the phone and had to ask Jack to stop biting me. Tanya said ‘aw, he just wants your attention’. Of course! He’d not suddenly turned on me; I’d turned on him! The poor kid was just so confused as to why I’d started ignoring him.

The next day I tried something different – if Jack wanted my attention, I gave it to him. While he was awake, we played, we read books, we took a walk, we went to the playground, or we built a sandcastle on the beach. While he was asleep, I worked. At the end of the day, I’d still have to open my laptop again at 9pm but I didn’t mind because I didn’t feel like I was re-doing something I’d fought to do all day. Jack and I were both happier.

It’s doable. It’s not ideal, but it’s doable. I also wouldn’t consider it a long-term solution, but for those who want or need to return to work before they have access to childcare, it is something worth considering. And if your company, colleagues and clients are as accommodating and understanding as mine were, you may even enjoy it. I did (most days).

Since joining Promedia in 2011, Karla has managed full-service communications programs for a long list of corporates and small businesses in the health, tourism and leisure, property and development, charity and retail sectors.